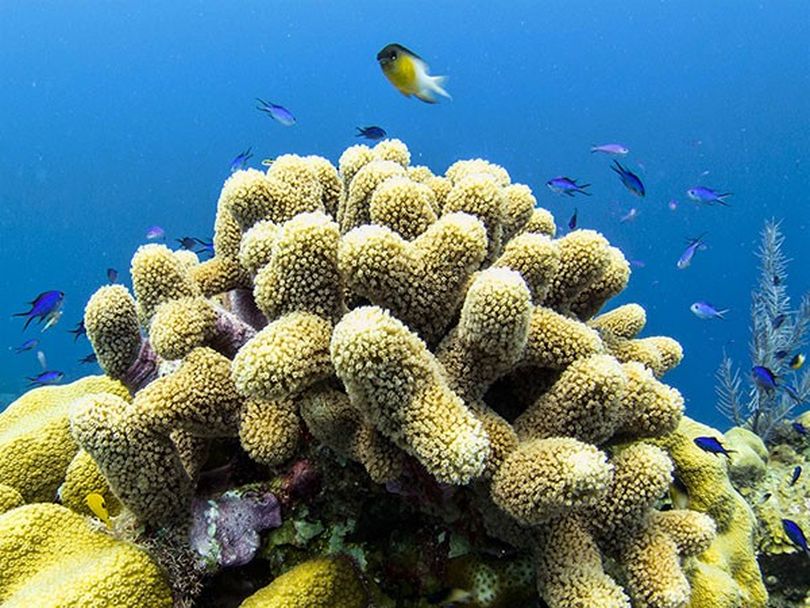 I’m sure you’ve heard this combination of words before, perhaps even studied CO2 in your school science class. Maybe you've seen them on an advert on the train, or even on the TV, and we’re all now pretty used being told that ‘we’re using too much CO2’, but what exactly is carbon dioxide, and why is its effect on our environment so dire?

So, if carbon dioxide is produced naturally, why is it so bad for our planet? Well, everything in moderation, right. The problem starts when more CO2 is being produced than able to be absorbed, resulting in an excess build up of carbon dioxide. Every single day we’re adding to our planet's already very high levels of carbon dioxide, by burning fossil fuels and depleting our natural resources such as coal, oil and gas.1

What effect does this have on our planet?

Why are the oceans important when it comes to climate change?

Nearly half of the carbon dioxide that we have produced in the last 200 years has been absorbed by our oceans.2 Microscopic algae also use carbon dioxide to grow, and when they die, they sink to the bottom of the ocean keeping that carbon dioxide out of our atmosphere.3 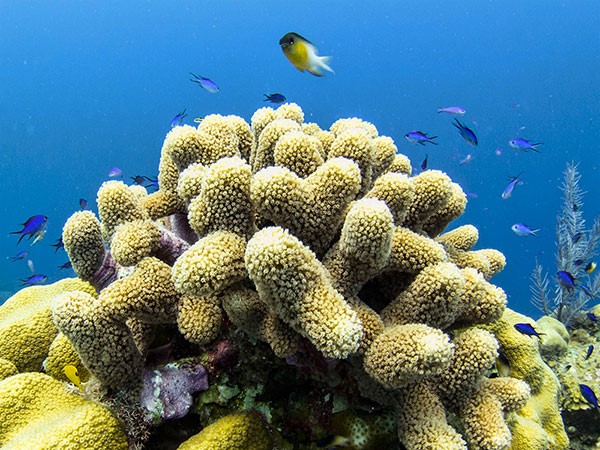 A photo from Belize Barrier reef, photo courtesy of www.escapingabroad.com

How does this affect our oceans?

As the ocean absorbs carbon dioxide and becomes warmer, life in the ocean struggles. Unfortunately, each year our coral reefs around the world suffer bleaching events.

Like a clown fish and an anemone, coral and the photosynthesizing algae called zooxanthellae, live together in harmony. Basically, you can’t have one unless you have the other. Interesting, huh? 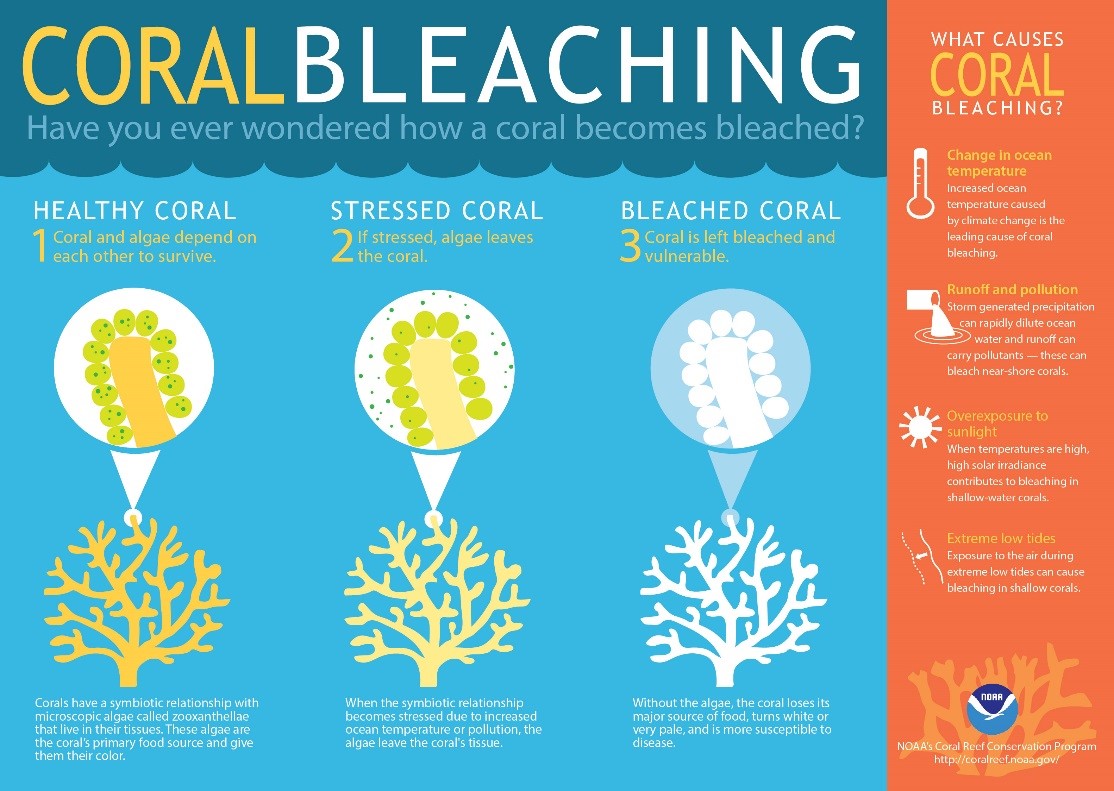 A single coral animal is known as a polyp. Many species of coral grow in colonies and hundreds and sometimes thousands act as a single organism. Single-celled zooxanthellae live within coral’s tissues and they essentially help them eat. Coral reefs are very important as they support the majority of animals and fish who live in a reef ecosystem.4

Coral reefs are the foundations of reef ecosystems, but unfortunately with the increase of carbon dioxide in our atmosphere, and the warming of our oceans, coral reefs are facing up against mass bleaching events. The zooxanthellae algae that live in harmony with the coral, don’t like water that is too hot, so when the water becomes warmer the algae stops producing carbohydrates, which feeds the coral and instead it produces toxic waste. The coral polyps then reject the zooxanthellae and expels it. Once the coral has expelled the zooxanthellae, it turns white, known as bleaching.

There is a possibility that if the water temperature drops quickly, the coral has a chance of coming back to life! If not, the coral will eventually die, and leave its skeleton behind. The dead coral which is left could become covered in other types of algae which could change the species that live on the reef.5 Coral bleaching is happening fast, and since 2015, half of the coral in the great barrier reef off the east coast of Australia has died.6 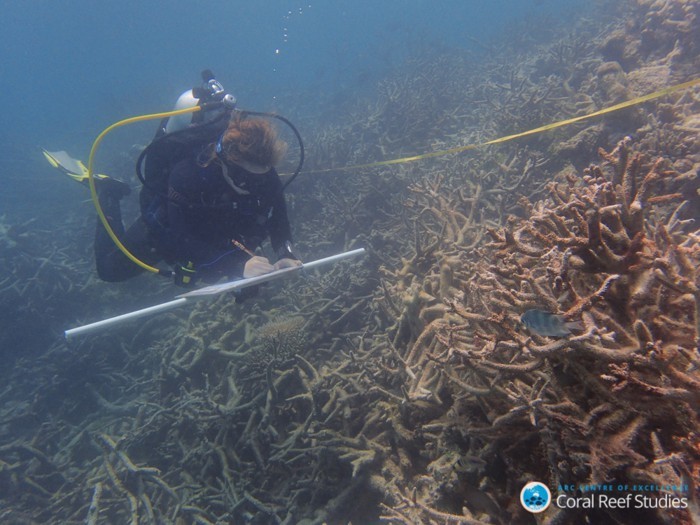 A researcher on the great barrier reef – photo credit: The Atlantic.